9 Android Apps and Games That Give Out Free Bitcoin

Did you know you can get paid Bitcoin to participate in surveys? We searched the internet high and low to find the best paid survey sites that offer Bitcoin as a reward. Initially we thought we uncovered a gold mine of opportunities to collect free Bitcoin but it didn’t take long till we found over half the survey sites were scams.

Luckily after digging deeper, we came up with 9 survey sites that will you pay you Bitcoin today and they have a number of simple ways for you to participate and start earning.

How to get free Bitcoins on Android

We are always on the hunt for easy ways to get free Bitcoin and one of the best ways to add to your Bitcoin stash is by playing android games and using apps that reward you with Bitcoins. We found 90% of the apps offer such a small payout that it’s not worth your time but surprisingly, we found a few android games and apps that will pay you for completing a number of different tasks.

See our favorite Android apps that give out free Bitcoin 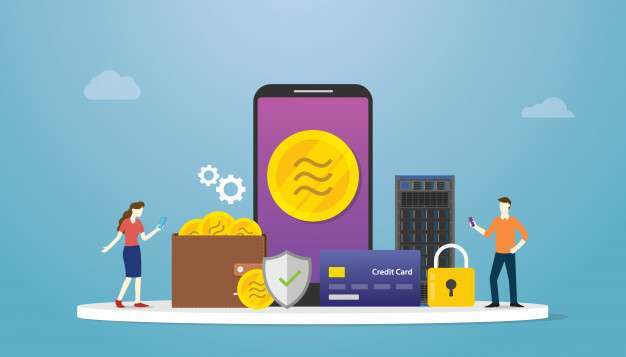 Android apps and games that give out free Bitcoin

Everyone likes to be entertained and a lot of people get that enjoyment by playing games on their phone. Most people do it without reward but there are some games that will pay you Bitcoin or other cryptos just to play a game you probably already want to play anyway. We looked at all the apps over the last few years that offer Bitcoin rewards and filtered out what we think are the best android mobile games with the highest amount of Bitcoin kick backs. We only found a few that we can recommend and there is a big list you should stay away from found towards the end of this post.

Android Apps That Pay You Bitcoin

Just like the name says, you are paid free Bitcoins when you do simple things like watch videos, fill out surveys, click ads, give your opinion, or test out various products and services. Bitcoin is delivered within just a few days of each task you finish and there is no limit on the amount you can earn. Available in android store now.

We covered Cointiply in another blog post but this time we are focusing specifically on the Cointiply app that was just released. There are over 20 ways to earn Bitcoin with this app and that’s why it’s included as a top choice of Android apps that reward you with Bitcoin. With a 4.7 star rating, if you are looking for ways to accumulate free Bitcoins in your spare time, make sure to download Cointiply on your mobile or tablet device.

Ok, I know what you are thinking. How does this work? Is it as simple as it seems? The answer is shockingly yes. It took a while to discover this gem but millions of people are using this every day to collect free rewards for playing games and taking surveys.

We chose this because you can now be one of the first to know about upcoming crypto projects and participate in a free airdrop using this mobile app. There have been countless airdrop apps before this but we have not found many that we liked until now.

These are out two favorite airdrop apps as of right now. The app is well designed, easy to navigate and is constantly providing new airdrop opportunities for you to take advantage of all within one intuitively designed app.

This app appears to be hit and miss depending on the offers and ads you review. You basically get paid Bitcoin to watch ads and fill out surveys on your mobile phone. We found it’s not as intuitively designed as some of the others but there is unique offers and most reviews show that they pay.

Claim Multi Faucet: This is a network of sites easily accessible from one site that will pay out a variety of different coins when you watch ads, or complete different tasks. The app continues to be upgraded and it appears as if the creators have good intentions in providing a great android app that gives you free Bitcoin.

Android Games That Pay You Bitcoin

There are many games you can download and play for free but that doesn’t mean the game creator is not earning an income from the game. In order for a game to get some traffic and exposure, it needs to advertise and one of the best ways to find new game players is by advertising on other games. Certain creators have created a Bitcoin or crypto reward system that will share a portion of profits with it’s users for supporting and using the mobile app.

There are plenty of games out there to test your vocabulary but how many of them pay you in Bitcoin? Well there is only one from what we found and from the reviews, people seem to really like the game and we have found no bad reports of people not receiving Bitcoin.  We are still playing the game right now and wracking up points and will soon be trying to cash in for some Bitcoin and will keep you posted on our results.

Get CryptoWord on your phone here

There is nothing like playing a game and getting paid Bitcoin for it and Alien Run is on our list of best android games that pay out Bitcoin. You don’t necessarily earn Bitcoin in the game itself but from the ads that play. Be prepared to watch a lot of ads but that’s why you are downloading this game in the first place, yes?

How is it possible to earn free Bitcoin from android apps?

The amount of money earned varies but it’s usually not very much. They entice you with points that can be converted to Bitcoins but you shouldn’t expect to pay your bills with the earnings. This is more like lunch money but hey, every satoshi counts, right?

While doing our research, we literally came across hundreds of Android apps and games that give out free Bitcoin but there was something we noticed in a lot of these apps. The reviews were really negative and many things were mentioned that immediately raised red flags for us. Everything from the system not paying at all, to the system selectively paying out smaller amounts, to the apps outright stealing private and financial data behind the scenes. Luckily most of these blatant scam apps have been removed from the store at this point but with that said, we don’t suggest you just download any apps outside the android play store where most have been properly vetted and scanned for malicious code.

Storm Play: We didn’t look too much into this game because the reviews scared us right away. Most users are saying this app doesn’t pay out consistently and only will pay the smaller values when you are ready to cash in. It happens to glitch and reset when a higher reward is expected and it seems to be a frequent problem among the users.

Bitcoin Faucet: From what we can see, stay far away from this.  Lots of people complaining that the app is a fraud and makes you jump through all types of hoops to get your Bitcoins and then they never pay out or it takes forever and it’s less than you expected.

BTC Safari: Another app with a horrible history of paying out. Almost every review is a 1 star so that should tell you all you need to know about this android app.

BFast BFree: We wanted to like this app but the reviews make us not even want to try it. It seems that some people are getting paid but most aren’t and it’s likely a lot of the positive reviews are from the company itself. It’s really hard to tell so we are just going to pass completely. Proceed at your own risk.

Wheel Of Bitcoin: Great idea but the app just doesn’t work. It is glitchy and full of errors and nobody can collect payment according to all the reviews.

Crypto Games Bitcoin Tycoon: Don’t be fooled by this site because it’s click bait trash and they don’t pay out any Bitcoins. They say they do but in fine print it says you can’t cash out. You still have to watch ads and they still get paid. You’ve been warned.

Tv-Two: Looks legit until you dive deeper and see that most people never receive any crypto and the support responses are pretty useless. Any positive responses appear to be faked because they are over enthusiastic about $.05.

CryptoPlay: This app is buggy, even if they have intentions on paying you. There are far better options with more ways to make money with Bitcoin.

Free Bits: We found that initially this app may payout small amounts of Bitcoin but once you try to withdraw a larger amount there appears to be an error. How convenient. The payouts are just too small for this to be worth our time.

Free Bitcoin: With a name like that, you think you can earn some free Bitcoin with this android app but guess what… you can’t. It’s click-bait garbage no matter how cool the app could potentially be. I’m out!

Bitcoin Billionaire: If you like games, this is actually a lot of fun but just don’t expect to earn any Bitcoin rewards for playing. We were duped by that one but all in all the game is entertaining.

Earn: You would think with a name like Earn and a company like Coinbase backing it, you can find some pretty cool ways to get some Bitcoin but the overall process is complicated and overwhelming and most people will be turned off by the way the app functions. Great idea but they need to re-do some things to get this right.

In conclusion, we didn’t find a ton of Android apps and games that give out free Bitcoin but the ones we did find can help you start adding to your Bitcoin funds when you are just sitting around with nothing to do. Make sure to check out our blog post that shows you how to get paid Bitcoin from taking surveys or the popular shopping apps that reward you with crypto. We will keep finding ways for you to build your Bitcoin portfolio so keep checking back.