Is it time to buy Avalanche AVAX?

Developers in the decentralized finance (DeFi) sector are constantly on the lookout for the finest Layer-1 technologies to construct their decentralized applications. Is Avalanche AVAX the answer they have been looking for? 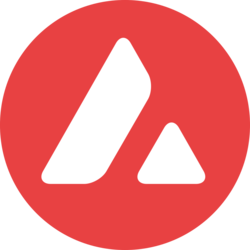 The Avalanche platform is a Layer 1 decentralized blockchain technology that has the potential to host other cryptocurrencies and blockchain protocols. It also has the ability to connect to various blockchain networks, allowing users access to platforms on popular blockchains like Ethereum.

Avalanche believes that the fragmented nature of the crypto market across the world is a major barrier. Different nations are developing diverse financial platforms and rules right now. It’s possible that smooth trading of electronic assets may be difficult.

The goal of the Avalanche project is to address this. It’s attempting to build a global financial market that allows users to exchange digital currency in a frictionless way.

AVAX is a very quick, low-cost, and environmentally friendly option. These were the primary ideas that formed the basis of their endeavor, according to the AVAX designer team.

AVAX is a fixed-cap supply cryptocurrency that creates scarcity and is not eroded through inflation like other staking platforms. Its transactional throughput, measured in tps, exceeds 4500.

Founded by Emin Gün Sirer, a computer scientist and associate professor at Cornell University, Avalanche was created in September 2020 and, despite a few hiccups, has seen a recent rise in developer interest.

Ava is also the creator of Ava Labs, where he worked with Kevin Sekniqi and Maofan ‘Ted’ Yin to lay the groundwork for AVAX and the network before its 2020 release. Karma was a digital currency that came before even Satoshi Nakamoto’s invention of Bitcoin. This never got off the ground.

In May 2018, Emin’s ideas on virtual currency became a reality. A paper with the title “Snowflake to Avalanche” was published by an unidentified group, and the concept of the Avalanche Network was born. The closest thing to a whitepaper for cryptocurrencies, “Avalanche: The First-Ever Blockchain Protocol for Secure Smart Contracts,” provides essential information on Avalanche’s theoretical design.

Ava Labs was also announced at an Ethereum Developers Conference in Berlin, Germany. The company is developing what they call “the next step for decentralized finance.”

How does Avalanche work?

The benefits of Nakamoto consensus (robustness, scalability, decentralization) with the benefits of Classical consensus (speed, rapid finality, and energy efficiency) are all included in Avalanche consensus.

The ability to create blockchains is one of the primary features of Avalanche. Within the Avalanche ecosystem, these new blockchains are referred to as Subnets.

The “default subnet” is the foundation layer of Avalanche, which includes P-Chain, which manages network topology, X-Chain, which is a high-scaling exchange chain powered by UTXOs, and C-Chain, an EVM-based contract chain.

The X-chain is the first blockchain. The X-chain is decentralized and intended to be simple to code. This network allows anyone to generate and mint new smart digital assets. These new tokens can be regarded as stablecoins, utility tokens, NFTs, wrapped tokens, equity, and so on.

The C-Chain was designed to make integrating Ethereum Dapp functionality easier. C-Chain is compatible with all important Ethereum development tools as a conversion chain. Users can easily move their Dapps to this blockchain. The network embraces popular features such as MetaMask, Web3.js, Remix, Truffle Suite, and Embark Platform.

The P-Chain is in charge of the network’s utilities. This chain is what Validators use to communicate with one another. The blockchain also has a role in monitoring and generating new subnets. Staking tokens on the network is possible via the P-chain.

Reasons to own AVAX

Avalanche and AVAX boasts the quickest execution of smart contracts in the crypto world.

The only DeFi platform that finalizes transactions in less than a second is Avalanche. This has made it quite desirable for developers, who have sought alternatives over Ethereum.

Avalanche is a compelling option for DeFi applications since it is scalable and quick, and any blockchain may connect to it and offer its smart contract apps to users.

Avalanche focuses on the dual token staking mechanism, which they say allows for zero congestion in their system. This is because unlike PoS or PoW, Avalanche uses a Delegate Proof of Stake (dPoS) consensus algorithm.

A Delegate Proof of Stake is a radical idea, which could be so disruptive that it changes the crypto game. It’s an efficient solution for both complete decentralization and high security.

It’s been said that bitcoin and other similar cryptocurrencies consume a significant amount of energy, especially during the mining process. Avalanche is extremely environmentally friendly thanks to its subnets and PoS system, as well as inherent designs.

Can you mine AVAX?

AVAX coins are staked either by validating or delegating, as opposed to cryptocurrencies that need mining. Staking is a typical method of participating in an open network.

AVAX token holders are rewarded for staking their tokens in order to secure Avalanche and earn a return. Running an Avalanche node earns you AVAX rewards by staking your AVAX. According on the website, you may earn up to 11% APY when your AVAX are staked

Once the validation is successful, the validator receives its staked tokens back and may be rewarded with other incentives for assisting in network security.

How to buy Avalanche AVAX?

AVAX is a popular coin and has been picked up by several cryptocurrency exchanges.

One exchange we use often which supports Avalanche AVAX is Uphold.

If you are new to cryptocurrency exchanges, you’ll need to create an account in order to buy AVAX.

It seems like everyday you come across a new crypto token and wonder if you should invest in it. Avalanche is one of those tokens that are rather interesting to us for different reasons.

Being a network that focuses on the development of decentralized financial services, it is probably for this reason that they are delighting developers.

The other thing to note about Avalanche is its accessibility to other protocols. Its compatibility with Ethereum enables seamless cross-chain interactions. The interoperability allows for Dapps to be built across both platforms. We like this.

We like decentralization and we think it should be made accessible to everyone. Most of the Dapps are still tied to Ethereum (and other platforms), but with Avalanche, there is a good chance that they will have better options in the future.

What do you think? Do you own any AVAX tokens or using the Avalanche platform? We’d love to hear your thoughts in the comments.