We kept hearing about this revolutionary technology that allows users to connect via a hotspot a to a network with other hotspots to provide coverage for millions of Internet of Things devices in your city. For providing the devices with network coverage on the Helium blockchain, you are rewarded with the Helium cryptocurrency token HNT.

The Helium blockchain is designed to provide various benefits for hotspot hosting providers. Anyone may establish a hotspot and begin providing value to the network thanks to the Helium blockchain. Because data is encrypted from machine to cloud, Helium is private and secure. The projects main technology, which is also its core technology, is open-source and relies on open-source software.

Let’s explore Helium’s network and the pros and cons in more detail.

Launched in 2019, and originally exclusively sold to US customers, the Helium Hotspot is the original HNT Mining device.

Helium released a single run manufactured Helium Hotspot to serve as a proof of concept to set the template for their worldwide peer to peer network. After these units were all deployed, Helium began to approve authorized manufactures to service the needs of the widening Helium community. Their focus is on the Helium Blockchain and business development with IOT developers and their use cases to facilitate their use of the Helium network as the means to get their IOT data to the internet.

iHub GLOBAL is a proud supporter of VivaKids, a non-profit birthed in 2007 to serve the needs of underprivileged children in the Dominican Republic and around the world.

Whether your just beginning to plan your hotspot network, or need an all in one dashboard to monitor your entire network, HeliumTrack is the smartest platform to gear you towards success.

These tools provide extra features and give you more data to better plan your hotspots and make better decisions that grow your networks faster to earn you more revenue.

HeliumTracks’ intuitive dashboard shows you more in a single glance than any other Helium map or app out there. HeliumTrack aggregates and makes sense of useful hotspot data like real-time earnings, reward scales, and geo-spatial placement. 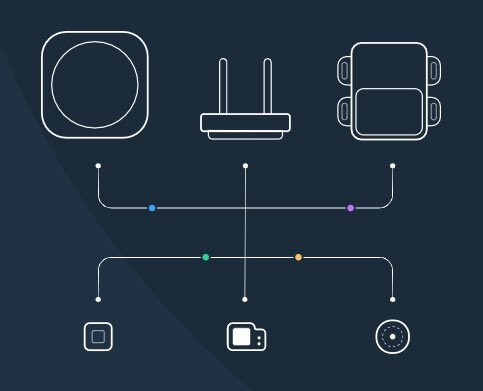 Helium relies on people connecting to the network to provide coverage for sensors and meters.

By deploying a simple device in your home or office, you can provide your city with miles of low-power network coverage for billions of devices and earn a new cryptocurrency, HNT.

The goal of the Hotspot was to show that mining equipment can be simple to operate and provide innovative utility, in building The People’s Network. The Helium Hotspot is controlled and managed using the Helium App for remote monitoring of earnings and status.

Mining HNT with Hotspots is done with a long-range radio technology, not expensive Mining and wasteful GPUs.

Hundreds of companies and thousands of developers are already building on The People’s Network, the world’s largest, and fastest growing LoRaWAN network.

Thousands of existing solutions, sensors, devices and gateways can be easily configured to run LongFi – a powerful blend of LoRaWAN and blockchain technologies.

The protocol allows companies to on-board as many devices as necessary without restrictions. Devices can be mapped by ID’s that are transferred to the blockchain allowing them to connect to other devices long range as long as they are connected to a Helium hotspot.

Hotspots work together to form a NEW global wireless network and under ‘Proof-of-Coverage.’

The “Proof of Coverage” (PoC) work mechanism in the Helium blockchain is used to verify that Hotspots are where they claim, according to the whitepaper. Put another way, PoC aims to ensure that Hotspots are honestly describing their position and the wireless network coverage they generate from it on a regular basis.

The Helium Blockchain is powered by the Helium Token (symbol: HNT), which serves as the blockchain’s native cryptocurrency and protocol token. When network hosts and operators join The People’s Network, they create and maintain network coverage by mining HNT. The Helium is mined and then dispersed to Hotspot Owners, Helium Inc., and investors.

The amount of Helium dispersed to Hotspots is determined by the type of “work” they accomplish, which reflects on the value to the network. Every 30-60 minutes, new Helium is generated. Approximately 5,000,000 new Helium is mined every month, with no pre-mine.

The first years of distribution presented a greater return on investment for hotspots in terms of building and maintaining coverage.

As the network develops and time goes on, Hotspots earn more money for moving device data across the network while Helium Inc. and investors profit less. Distributions remain fixed after 20 years.

HNT is burned by enterprises and developers in exchange for Data Credits, which they may use to pay their network usage. They have a choice between buying Data Credits using their credit card or burning HNT they mined.

Why buy an iHub?

iHub Global delivers a unique opportunity for everyone to get involved and start earning passive cryptocurrency.

You can essentially earn recurring revenue. Host commissions for a hotspot are 25% of the HNT.

You get access to the Helium Dashboard where you can track how much you are earning from your hotspots.

At the moment, the hot spots are only available to US residents but there is plans to expand internationally.

What is the cost?

iHub Global has delivered two different payment models for the members to get a hotspot.

There is an upfront application fee of $99 which is fully refundable no questions asked, provided you didn’t use the voucher code to order the equipment.

How to get your hotspot

When you sign up, you have 72 hours to claim your hot spot location before anyone else. After 72 hours the spot opens up and is available for new members and hosts to claim.

In order to build the ideal people’s network, they must ensure that hot spots are organized in a methodical manner and not be too close together.

Apply for your hot spot deployment number and get on the list to have your helium mining app delivered to your home or office.

What is next for iHub?

Look out for the release of the 5G cellular data option that runs on the Helium network. The sim-based cellular data plan will use the CBRS small cell infrastructure that will be deployed by the Helium community. You should expect reliable coverage in over 190 countries on both your iphone and android phones.

It’s a little surprising to see that iHub Global appears to be making the claim they are the most trustworthy passive income opportunity. The firm says it is a highly contemporary platform for cryptocurrency trading. However, company operations reveal that affiliate memberships are the company’s main source of income.

We like the idea of creating passive income in the crypto space but the jury is still out on this one.

We have come across a number of red flags that makes us pause before jumping into this.

The inactive and broken links along on the site along with missing descriptions or inaccurate info regarding the owners, we believe there are better places to put your money.

The best way to make money in crypto is to learn how to trade, not relying on some company to create a product for you that makes passive income.

See our favorite crypto trading course so you can learn how to be in charge of your finances.

Previous Post
BlockFi Review: Should You Use BlockFi For Bitcoin Loans in 2022?Next Post
Hashgraph vs Blockchain: A comprehensive review of the two crypto technologies