Ledger Nano X vs S: Which is the best Ledger crypto wallet for you?

Looking at the Ledger Nano X and Nano S and want to know which device you should buy? This review of the Nano X and S will compare these two devices and help you decide which one of these would be better for your needs.

The Nano S and Nano X are crypto hardware wallets that allow for cold, offline storage. Before we get into the Ledger devices, let’s talk about the two kinds of cryptocurrency wallets.

When it comes to cryptocurrency, there are two main sorts of wallets to think about: cold and hot. Hot wallets, such as those on an exchange, allow you to quickly access your coins but aren’t safe for long-term storage.

A cold wallet, such as the Ledger Nano S and X devices, protects your cryptocurrencies from hackers by keeping them offline and away. If you have a large quantity of cryptos, we highly recommend using a cold wallet for storage, especially the Ledger Nano X due to its larger storage capacity, which we’ll go through in more depth below.

A bitcoin cold wallet is a type of wallet that does not connect to the internet and is used to store bitcoins. Because it is kept offline, hackers are unable to access it. We always recommend using a cold wallet when storing your cryptocurrency. Both Ledger devices function as cold storage wallets.

A hot wallet is a type of wallet that does connect to the internet and stores your bitcoin online. These wallets are vulnerable to hackers as they store bitcoin on servers that can be hacked into.

Ledger Nano S vs. X: Which Should You Choose?

The Ledger line of wallets are considered to be the best wallets of 2021 based on a number of factors. We have examined and used these crypto wallets for years and can help you figure out the best wallet based on your needs.

They are not only attractive, but they are also compact and long-lasting, which is particularly useful if you need to carry your cryptocurrency with you.

Both hardware wallets are simple to set up and use, even for novices. The USB device has two buttons and a screen display. With the buttons, you can access the device’s menu quickly.

We compared Nano S and X by reviewing their ease of use, storage, security, supported currencies and apps, cost, features, and more.

Let’s take a closer look at the differences between both wallets to see which might be best for your unique situation.

Size and weight of Nano X vs Nano S 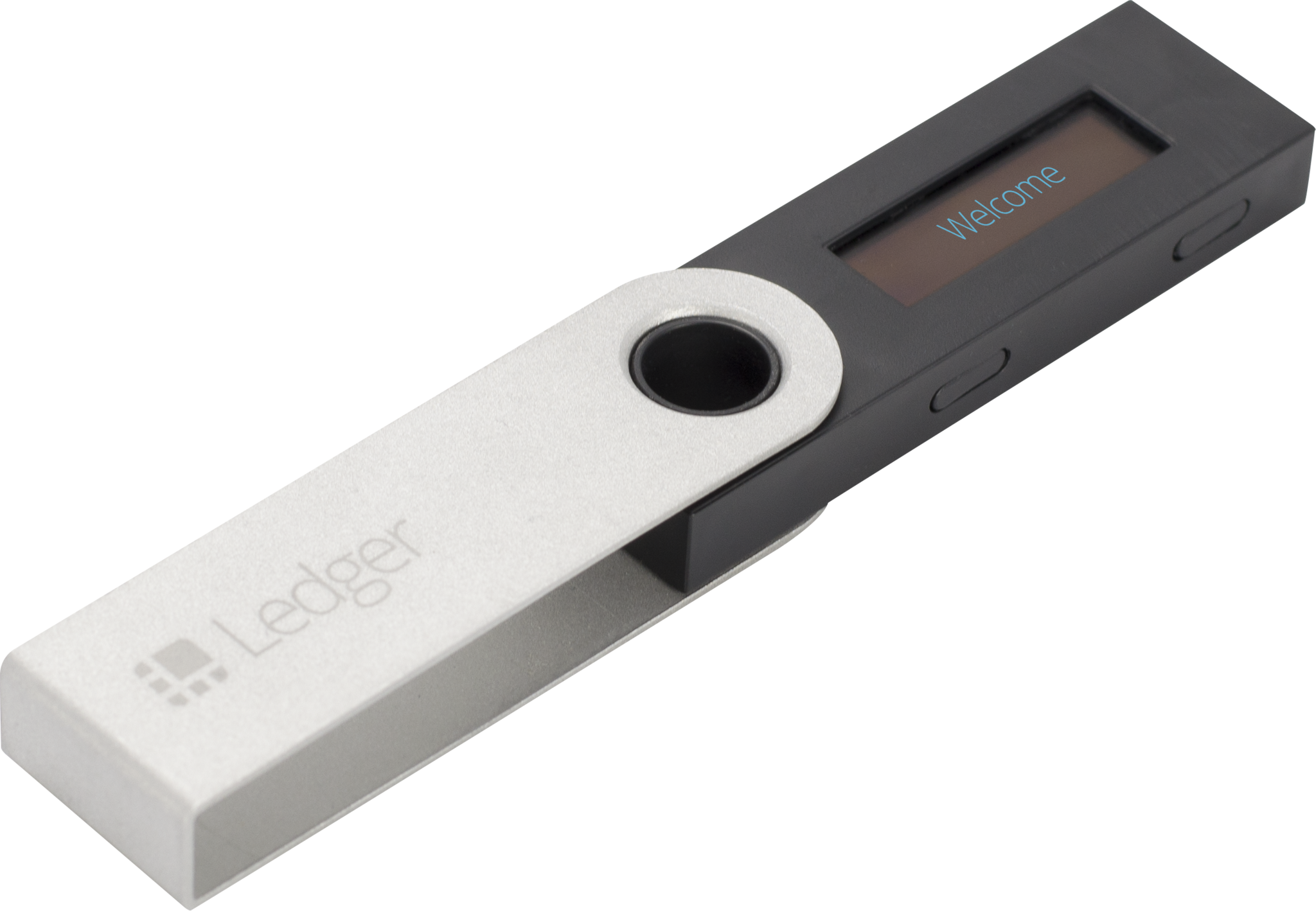 The same features and functionality of the Nano X are available in this wallet and it can support a wide variety of different cryptocurrencies.

It has many of the same characteristics and provides all of the high-tech security as its big brother, and it comes with the identical software to access your bitcoin.

Easy to use even for beginners; pre-populated with support for over 1K different currencies; no additional fees; small OLED display makes it easy to manage your device without exposing your keys; compatible with Windows, Mac OS X, Linux systems as well as iOS and Android devices through Google Chrome.

What do you get inside the box?

The Ledger Nano X goes above and beyond the capabilities of its predecessors, which makes it a top pick for cryptocurrency users. It has many new features that make it appealing to crypto enthusiasts, traders, or investors looking to store large amounts of digital assets.

The Ledger Nano X is a Bluetooth-enabled hardware wallet that aims to provide exceptional security for digital assets.

The ledger Nano X doesn’t include any buttons but makes up for it with its touchscreen display. This is another reason we prefer this new ledger line of cold storage wallet – ease of use and intuitive design.

What do you get inside the box?

Summary: The Ledger Nano X is an upgrade to the Nano S with a few more features and larger storage capacity but accessibility and security are identical.

Ledger Nano hardware cryptocurrency wallet is an ideal option for those investing in digital currencies on a regular basis or wanting to manage multiple wallets at one time.

For the most part, both wallets have the same features, allowing users to securely store crypto and buy or exchange crypto within the Ledger Live app.

Nano S is made for people who want to hold onto a small amount of crypto, whereas Nano X is better for active investors with diverse crypto holdings.

The Ledger X just has a couple of extra capabilities, including a larger screen size, mobile app, Bluetooth compatibility, support for 100 currencies at once as opposed to three, and includes a more modern look than what you see with ledger Nano S devices.

Ledger Nano X has an improved chip architecture, NFC support for contactless transactions, and more stores supported while Ledger Nano S does not come with these features out of the main box.

Nano X also has a 100mAh battery, which means you can use it for up to 8 hours without recharging. The Nano S is required to be plugged in to use it.

While both wallets are capable of supporting thousands of coins, only one of these wallets was built for the true crypto enthusiast with a growing portfolio of coins.

The Ledger Nano S can only store 3 wallets while the Nano X can store up to 100 coin wallets at a time, making the Nano X a clear winner for best storage capacity.

If you only plan on storing Bitcoin and maybe one other coin than the Nano S will do the trick but if you think you want to build a larger digital asset portfolio and want to securely store them offline, the Ledger Nano X is certainly the best route for you.

Both wallets come with built-in screens that can be used to verify transactions while both devices require physical confirmation via ledger button confirming the transaction.

At the time of writing this review, Ledger supports over 1,800 coins and is constantly adding new ones. You can be sure to find most of the popular coins as an available storage solution using the Ledger wallet devices.

The Ledger Nano S is a tiny computer with its own operating system dubbed “Blockchain Open Ledger Operating System,” or BOLOS. The device’s operating system, BOLOS, improves security by separating all cryptocurrency applications from one other and only communicating with the OS, not allowing malicious users or developers permitted access to the OS.

This device transfers data to PCs via the USB Micro-B to USB-A cable provided in the box.

The Nano X has Bluetooth to link with your phone, or you may use the included USB-C to USB-A cable. To utilize the Nano S with your smartphone or PC, on the other hand, you’ll need a set of three USB cables, known as an on-the-go (OTG) kit.

The same level of security is available on both Ledger devices. The firm protects its customers with certified Secure Element (SE) chips, which are tamper-resistant and often known as hardened microcontrollers; the same sort used to safeguard passports, SIM cards, credit cards, and other important documents. The device, like air-gapped cold storage, safely keeps private keys on the secure chip and never exposes them.

The chips are certified by the Common Criteria (CC) EAL5+ process, which is one of the most rigorous levels of security system certification.

Ledger Nano X is based on the same security features as Ledger Nano S, though its secure element chip (ST33) is more powerful than the one provided for Ledger Nano S (ST31).

Although the latter is slightly more powerful, they’re both rated CC EAL5+ by ANSSI (a France-based cybersecurity agency).

Both wallets come with a 24-word backup recovery seed phrase, a PIN, and Certified Secure Element (CC EAL 5+) hardware. Users provide a PIN when creating a new wallet. A seed phrase will also be provided.

The 24-word phrase is used to restore all of a wallet’s private keys. It’s best to store this word in a secure location and never record it digitally. The coins in your wallet can be stolen if the seed phrase is known to anyone. Among hardware wallets, the PIN and seed phrase are standard.

Nano X is more expensive than Nano S, yet it offers superior functions. Regardless, both gadgets are excellent, and you should select one based on your needs and budget.

Users can install 100 crypto apps on the highest-priced Nano X, whereas the cheaper Nano S supports up to three crypto apps and isn’t Bluetooth-enabled.

The Nano S is a versatile wallet that can hold a variety of cryptocurrencies. However, active traders will want to use the Nano X because it allows them to store 30X the number of coins and tokens while being accessible from an iOS or Android smartphone.

Ledger Live software is used to manage and trade cryptocurrencies supported by Ledger through a single interface.

The Ledger Live app helps new users set up their devices, with options to enhance security provided as recommendations. Anyone can follow the steps and have their device up and running in about five minutes or less.

Both wallets are simple to set up and use, and they’re suited for individuals who are new to cryptocurrency. The Ledger Live app allows users to communicate with their hardware wallet via a computer as well as mobile for the Nano X.

The Ledger Live software, which is free, may be downloaded onto a computer or mobile device to view the contents of either wallet. The small screen on the gadget itself and the Ledger Live app on a computer or mobile device are the two components of the display. The majority of the action takes place within the app, with users needing to touch buttons on their wallet device in order to take various actions.

To verify the transmission of a transaction, users will need to press the real buttons on the wallet. These buttons are also utilized to switch between different cryptocurrency wallets, which are known as applications. Users must install a specific app for each distinct crypto in order for them to operate it.

The Ledger Live app is compatible with Windows (7+), Mac OS (10.8+) and Linux. Users may use Nano devices to access their wallet, send and receive crypto funds, monitor exchanges, get market information, and stay up to date on the ledger live news feed thanks to its compatibility with the Ledger Live system.

Ledger Live is now available for Android and iOS. Manage, track, and trade your crypto assets right from your mobile device.

The mobile app’s user interface (UI) is simple and unadorned, with only the most basic functions. It also connects in real time, so you may use your desktop or smartphone to manage your cryptocurrency.

Android 8.1+ using USB cable. Consultation mode only with iOS 9+ by importing your accounts from the desktop app.

In reality, the Ledger Nano S vs X comparison is impossible to make. When we say that one device is superior to the other, it all comes down to your requirements and budget.

Nano X, on the other hand, is superior to the Ledger S in terms of compatibility and features. It supports Bluetooth connections and allows users to install up to 100 crypto apps onto their device, whereas the Ledger S only supports three. However, if you’re on a budget and need a secure cryptocurrency wallet, the Ledger Nano S is an excellent choice.

Regardless of the device you choose, it’s worth noting that both are among the finest hardware wallets on the market today, ensuring security for all transactions conducted with them.