Proving Once Again You Don’t Own Your Own Money 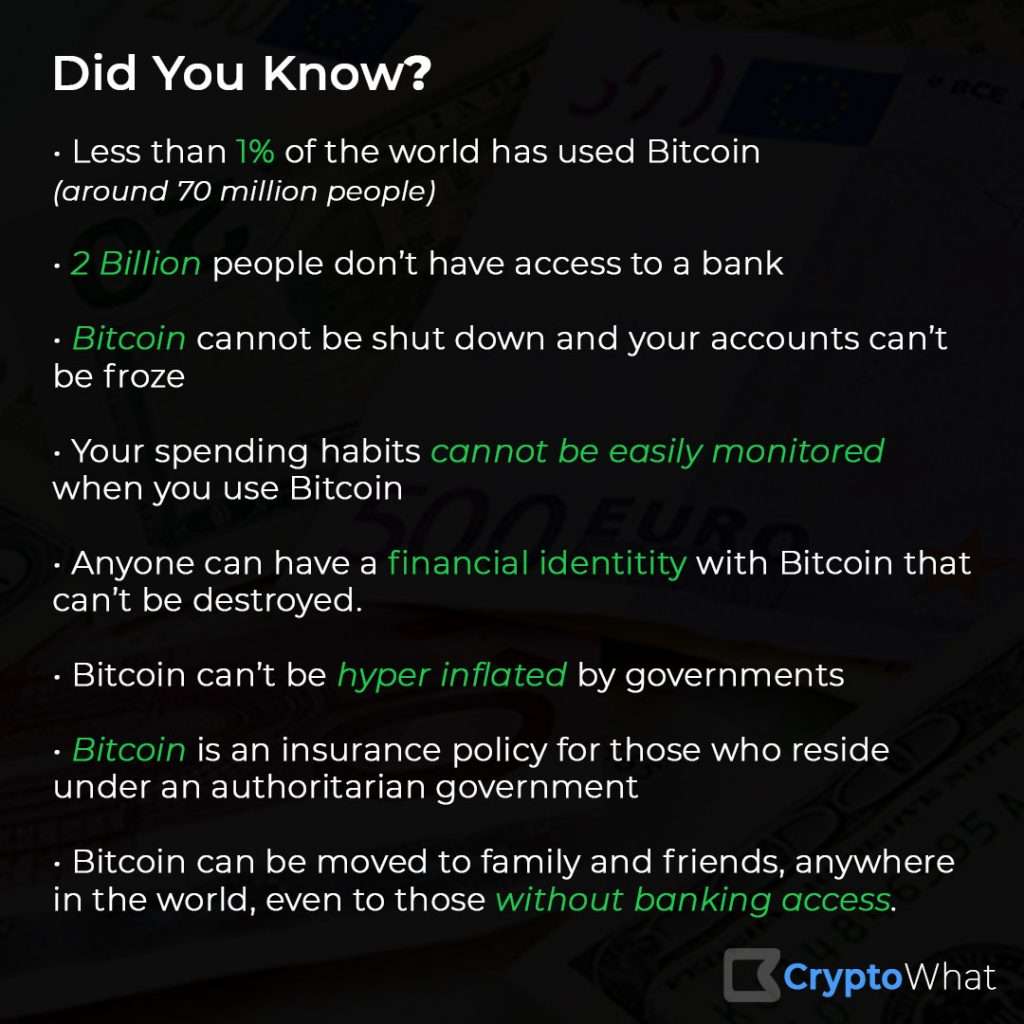 There have been numerous situations that occurred over the last year where mainstream financial organizations or payment processors have shut down accounts and outright banned certain people and businesses from accessing or using their own money. Sometimes it’s due to unexpected economic conditions and sometimes it’s because your message or your brand is not in line with the financial institution’s and they just want to conveniently eliminate you or keep you from your own money.

Although few depositors realize it, legally the bank owns the depositor’s funds as soon as they are put in the bank. Our money becomes the bank’s, and we become unsecured creditors holding IOUs or promises to pay.

You might have heard the term fractional reserve lending. This is when you deposit funds into your bank and the bank then loans a portion of your funds to other borrowers.

What happens when a lot of people need their money at once? Well, you see, the banks don’t really like when this happens. The banks are only required to hold a fraction of the funds deposited and since the funds are not actually yours, they can limit how much you take or if you can take any at all.

We saw a few years back in places like Greece where their economy experienced a rapid decrease in currency valuation and banks only allowed withdraws of 40 Euros a day. This was strictly due to harsh inflation and is nothing compared to what we are seeing happening in other places around the world, where we often hear reports of people losing their basic rights to owning a bank account and being able to use their own money.

Other forms of financial control

You are not only being kept from your money because of quantity and supply issues but now we have a whole new fear and concern when it comes to our money: Your ideas, politics, and belief system might have an impact on who is willing to bank with you.

It was recently reported that HSBC closed down the Hong Kong bank account tied to protesters and related to the Hong Kong anti-extradition bill. In simple terms, the big banking authorities have stepped in to stop a transaction from taking place because they do not approve of the financial support given to protect the freedom and rights of the Hong Kong citizens.

PayPal has a checkered history of banning accounts for almost no reason and it’s rare if you ever see your money again. Last year they shut down accounts to several well known internet celebrities and businesses that don’t have identical principles.

It’s only a matter of time, hopefully, until more businesses adopt crypto and force the middleman out of the way.

Imagine if you spent 20 years with a banking institution and out of nowhere you got a letter saying they no longer wanted your money or to do business with you and gave you no reason. This is what happened to this person and countless others that cross the invisible boundary line set in place by Bank of America and most big banking institutions. 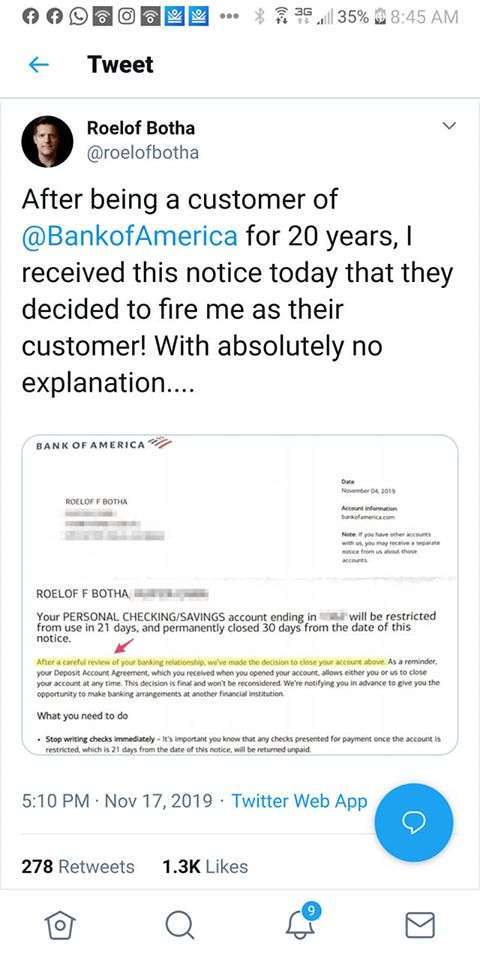 Having access to your own money and using it how you want is a form of free speech and you should do everything you can to protect that right.  What else needs to be said?

What is the solution?

So what do you do if you are in a situation where PayPal or other financial entities deem you unworthy of having access to your own money? You use a decentralized platform with no authority telling you what you can or can’t do with your money.  You participate in an economy, no matter where you reside in the world, even where your freedoms of privacy and speech are eroding in front of you, or even if you never had any at all, you can still have peace of mind that your money can be used how and when you pleased, supporting what you choose, without anyone telling you otherwise or having any type of control to shut your account down.  This is Bitcoin. This is cryptocurrency.