We are here to help you navigate Bitcoin and profit with crypto.

On this page you will find the most important resources to help you understand Bitcoin, why you should own it, the safest ways to buy Bitcoin, how to start trading Bitcoin, along with securing and storing your Bitcoin for the long-term.

We hope this blog inspires you and fascinates you with how truly amazing the Bitcoin and crypto space is and how society and our lives can be enriched and rewarded when we adopt it. 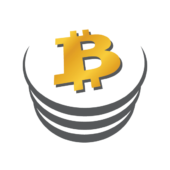 Bitcoin is an electronic currency that operates independent of banks and governments, and can be used globally, peer-to-peer by anyone that has access to the internet.  The digital coin is encrypted and secured in a manner that makes it impossible to counterfeit or manipulate spending.

You can’t print Bitcoin out of thin air like we print our currency. Each Bitcoin is created through the process of mining, which basically means directing your computer to solve complicated and long-winded math formulas.

Mining is a globally competitive, non-monopolized activity and anyone can participate and start mining Bitcoin from their home computer.

Buying Bitcoin is simple from almost anywhere in the world. All you need is internet and a credit card and you can own Bitcoin or any type of cryptocurrency in just minutes.

Blockchain is the innovative technology the Bitcoin economy runs on. Every transaction is verified and permanently recorded in the ever-growing ledger, which is open for the public to review. The Blockchain also produces the Bitcoin through a process called mining.

Bitcoin was the initial cryptocurrency that launched the industry and since then, thousands of other cryptocurrencies, or ‘alt coins’, have spawned off the Bitcoin idea. A real cryptocurency is defined by it’s strict security and encryption protocol and must run on a decentralized blockchain. 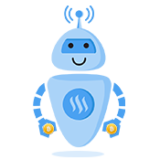 If you aren’t trading, it’s wise to take your coins off the exchange and put them into an offline, hardware wallet that secures and protects them from hackers. We have reviewed the top cryptocurrency cold storage wallets and share which wallet is best. We ranked on ease of use, security features, number of coins stored and much more.

Before you go too deep, you gotta know exactly what Bitcoin and cryptocurrency is.

You also need to know the basics of buying, selling, and safely controlling and managing your crypto.

Most people who are blindly buying Bitcoin because their Uber driver mentioned it will end up selling it because their dry cleaner told them to sell it.

You should understand why to own Bitcoin in the first place.

Every country has it’s own currency.  The difference is, Bitcoin, or cryptocurrency is not issued by a government.

It’s also encrypted and anonymous and doesn’t need a bank or government to participate in the transaction.

More on that in a bit.

You might be thinking… if Cryptocurrency is not issued by the government, where does it come from and why does it have any value?

The value comes from the confidence and continued willingness to utilize the currency. You use the dollar because you trust and believe in it.

In order to instill your faith in something, you need to trust the mechanisms that operate and control it.

Most of the time, you have to rely on people, governments, and organizations to be fiscally responsible.

With cryptocurrency, you only need to trust math and science.

It took a long time for Bitcoin to catch on because people had so much confidence in the institutions and global economy that they never needed to look for another solution.

It’s only when you start to notice the cracks in the system that you begin to look for alternatives.

In 2008 was the first eye-opening experience for me when I realized our economy was not invincible and you shouldn’t have all your eggs in one basket.

While I sat their baffled trying to understand the complexities of the system falling apart around me, someone, or a group of people were already going to work on a piece of technology that would uproot the thousands-year old fiat system and give people a real way to take control of their money no matter where they were in the world.

This is why Bitcoin was born.

Now it’s 2020, we have printed a total of $26 trillion dollars and continue devaluing our currency at a rapid rate.

Many speculate this is the end of the dollar, and if so, Bitcoin and cryptocurrency have never been more necessary.

Right now many people are unfamiliar with Bitcoin. They know they should have it based on the astronomical explosion in price but that is only one side of the equation.

In this website we cover some important reasons to own Bitcoin and other assets not tied to the dollar or other fiat currencies.

As complex as the technology may seem, the reasons to own crypto is not and we make it easy to grasp.

Continue your lesson to learn more about Bitcoin.

This blog was started by Patrick Moore, a crypto enthusiast with a strong interest in economics and finances, and was created to help the average person navigate and understand the world of Bitcoin and alternative cryptocurrencies.