Thousands Of Bank Accounts Are Being Shut Down In Secret.

Cryptocurrency: Banks Are Closing Accounts in the US. Why?

US Banks Are Shutting Down People’s Accounts 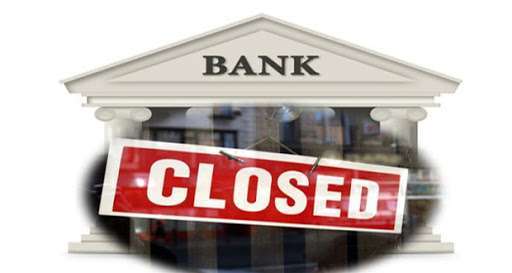 Imagine banking with an institution for more than a decade, and you wake up one day to receive an email informing you that your bank account would be shut down and asked to return your debit or credit card. That would be awful, wouldn’t it?

Well, that is what thousands of Americans have been experiencing over the past few months. Banks across the country have been shutting down people’s accounts for almost years now. As if that’s not enough, the banks don’t provide explanations on certain occasions. No wonder more people are distrusting banks and finding other alternatives.

Several reports over the years have shown that the banks close people’s accounts for various reasons. Immigrants, people of color, low-income workers, and more are the different classes to have been affected by the banks’ decisions. In some reported cases, the banks ask for documents that are not relevant or required when opening and maintaining accounts. Failure to provide such documents would see a person’s bank account closed.

Think about it: how would you survive when your bank account is closed for no reason, and the bank asks you to find somewhere else to do business. You would feel terrible. That is exactly what those people felt, with some of them going for days without any financial means.

For most people, letting go by their banks and starting over at another bank seems like a lot of work. That is because it is. You would have to gather the relevant documents required by the new bank, meet their other requirements, and go through the process of applying for debit cards and other accessories once again.

If all this sounds like hard work, that is because it is.

Too Much Power for Banks

It cannot be denied that banks and other traditional financial institutions hold too much power regarding the finances of their customers. Terminating an account without an explanation should have repercussions for the banks. Nevertheless, they get away with it every time. The people are now left scrambling to find new banks to take them on.

In some instances, the banks don’t write recommendations for the customers to make it easier for them to find new banks. Thus, making it even harder for people affected to get on with their lives right away.

The overlord power of banks is a general problem that affects virtually everyone living in the country. People are becoming more aware and taking action to reduce overdependence on banks. No one wants to have their bank accounts terminated promptly without any prior notice or explanation. Thus, an increasing number of people are looking for alternatives. One of the other options, if not the best, are cryptocurrencies.

Cryptos save the Day

Cryptocurrencies have emerged as better banking and monetary entities compared to the traditional financial institutions. The flaws affecting the banking system are non-existent when it comes to cryptocurrencies.

No wonder more people are converting a large chunk of their assets to cryptocurrencies. In case you might be asking yourself, how do I conduct transactions without a bank account? It should excite you to know that spending cryptocurrencies are becoming easier by the day. An increasing number of merchants globally are accepting cryptocurrencies as a means of payment. So, you can use Bitcoin and other cryptocurrencies to pay and receive funds.

And the good news? Cryptocurrency transactions are faster, cheaper, and more comfortable than those done with bank accounts. You can send money to people in any part of the country or the world, and the transaction would be completed within seconds or a few minutes. Cross-border transactions with cryptocurrencies cost a few cents and take just a few seconds or minutes to be completed. This is better than the huge transaction fee banks charge for international transactions and the long waiting period of a few days.

The primary reason Bitcoin was created was to take away financial power from banks and the government and hand it over to the people. The 2008 global financial crisis left so many people in ruins, and cryptocurrencies are here to ensure people don’t suffer the same fate in the future.

The various advantages of cryptocurrencies over the traditional banking system are attracting more people to adopt cryptos. An increasing number of people are storing a sizeable part of their assets in cryptocurrencies and also using them for day-to-day transactions. No wonder banks are against cryptocurrencies and doing what they can to see them banned or restricted.

If you are an individual that values financial independence, then cryptocurrencies would be the best choice for you. There is no risk of account closure, and you get to control your account at all times, as long as you implement the needed security to keep your funds safe from hackers.

For the past few years, banks across the United States have been shutting down people’s accounts, making it harder to manage their own money. The banks carry out those actions with no explanations or prior notice to the victims. However, cryptocurrencies have become an excellent option and are saving people from the wrath of banks. With cryptos, no one risks losing their accounts as the system is fully decentralized. Also, you can spend cryptocurrencies with ease now as an increasing number of merchants, both online and offline, now accept Bitcoin and others. Crypto transactions are also faster, cheaper, and easier to carry out. Overall, cryptocurrencies are an improved version of the traditional banking system, and more people are using cryptos every day. Maybe it is time you consider using them too.