What Are The Best Bitcoin Alternatives?

Bitcoin, which was created by Satoshi Nakamoto in 2008, was the first cryptocurrency that operated on a decentralized digital cash system using the peer-to-peer network. The invention of Bitcoin created a world-wide wave as people dumped financial institutions for Bitcoin.

What is an Altcoin?

The term Altcoin, short for “alternative Bitcoin” or “alternative coin”, simply refers to alternative cryptocurrencies (coins and tokens) that were created after Bitcoin. While some Altcoins are created by diverging from Bitcoin consensus rules (since Bitcoin is a free, open-source platform), others are created from scratch.

Many Altcoins were created to tackle the limitations that exist in Bitcoin. Although most Altcoins were created from the Bitcoin model, Altcoins differs from Bitcoin with a range of procedural variations such as monetary policies, economic model, proof-of-work algorithms, coin distribution method, and application enhancements to increase anonymity. Bitcoin on the other hand, was the first cryptocurrency; however, there are now are now hundreds of cryptocurrencies, which all seek to improve upon Bitcoin in various ways. Altcoins are also cheaper alternatives to Bitcoin.

However, many Altcoins don’t do much at all. A large majority of Altcoins simply tweak some parameters that do not matter, or offer something that may sound useful but isn’t. For instance, if an Altcoin has a greater total amount of coins, it just means each coin is worth a lesser amount. Also, if an Altcoin finds blocks faster, it only means that a transaction requires more confirmations for a similar level of security. As such, most Altcoins offer no reasonable benefit over Bitcoin.

Besides, they have less hash power securing them, have a few developers improving them and are usually less useful due to smaller network effects. Also, the exchange rates of Altcoins are volatile, and while many Altcoins promise tempting features, many of the promises are mere promises upon closer inspection. To crown it all, many Altcoins can be considered outright scams, created with the sole purpose of enriching its inventors and early adopters.

The major advantage Altcoins have over Bitcoin is that many Altcoins are scalable. Therefore, they have more capacity to carry out more payments at a time. Altcoins are also cheaper than Bitcoin.

Why Do We Need Altcoins? 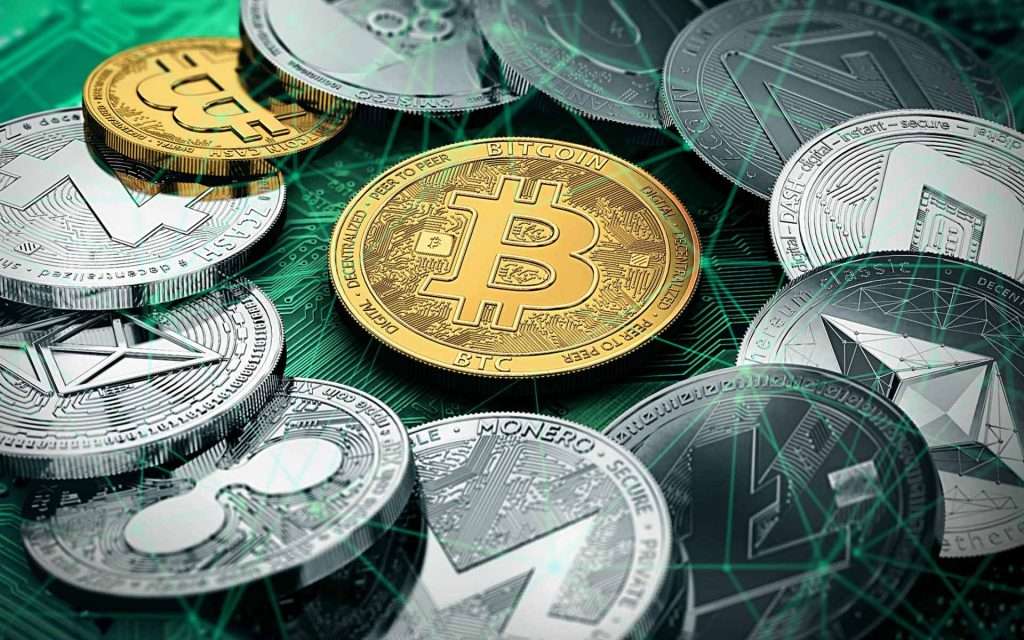 The cryptocurrency industry is a very volatile one – prices can rise and drop unexpectedly. It is a good investment practice not to put all eggs in a basket. A professional crypto investor knows that diversification is very important when dealing with cryptocurrencies. The major importance of diversification is that it mitigates risks. Investing in Altcoins could turn out to be profitable if Bitcoin takes a dip. The unpredictability of cryptocurrencies has its good and bad side. It could rise quickly, leading to massive profits or tread the downward path which leads to downturns and losses.

Let’s see a quick example. Let’s assume that Bitcoin is the only cryptocurrency available and you have invested hugely in it. If Bitcoin drops suddenly, it’d lead to you losing a lot of your money. That is why Altcoins are needed.

If you share your investment among Bitcoin and four other Altcoins, you would not be too affected if the price of any of the cryptocurrencies drops because you have more alternatives. This is where Altcoins come into play for many investors — they’re used for a soft landing. Owning different Altcoins will ensure that your investment doesn’t tank if one cryptocurrency drops.

Did you know this about Altcoins

Which Altcoins Are the Best Alternatives to Bitcoin?

Over the years, over 1500 Altcoins have been launched and it’s difficult to know which coins will be viable in the future. After some research, here are the best and most recommended alternatives to Bitcoin in no particular order.

Ethereum is an open-source developer platform on the blockchain launched in 2015. Ethereum is a decentralized software platform that enables developers to build apps on top of their blockchain. These apps, known as decentralized apps or Dapps, can be run without any downtime, fraud, control or interference from a third party.

Ethereum was also the first to create the ability for developers to create smart contracts on their blockchain. Smart contracts enable actions to get fulfilled based on specific conditions set in the contract. Ethereum also has the second-highest market value after Bitcoin.

Litecoin was created by former Google engineer and MIT graduate, Charlie Lee and it was officially launched in 2011. Litecoin is typically a “lite” version of Bitcoin. It was among the initial cryptocurrencies that were created after Bitcoin. It is based on a decentralized open-source  global payment network. Litecoin utilizes “script” as a proof of work, which can be decoded with the help of a consumer-grade CPU.

Ripple XRP is a real-time global settlement network made for large institutions instead of individual users. XRP, which has the third-largest market cap after Bitcoin and Ethereum, was created to enable financial institutions to settle cross-border payments in real-time, and at lower costs. Over the years, XRP has gained much recognition due to Ripple partnerships with many large financial institutions around the world.

One major way XRP sets itself apart from Bitcoin and many other Altcoins is that it was established on a unique consensus ledger that it doesn’t require mining.

Stellar XLM is a hard forked version of XRP that provides fast and inexpensive cross-border payment services. Unlike Ripple, Stellar is a nonprofit organization that is oriented to facilitate payments quickly with low-cost transactions for individual users. Stellar offers fast transactions at low rates as compared to large companies who charge high fees (around 5% per transaction) for online transactions.

Stellar does not use proof of work verification, which means it doesn’t have to deal with the energy consumption problem. Besides, Stellar partnered with several large tech companies, including IBM.

Bitcoin Cash, which was created in August 2017, is one of the earliest and most successful hard forks of the original Bitcoin. The hard fork which led to the creation of for Bitcoin Cash arose from the issue of scalability.

BCH increased the block size from Bitcoin’s limit of one megabyte (1MB) to eight megabytes (8MB), with the idea that larger blocks will bring about faster transaction times. The average speed for a BCH transaction is 60 minutes. Bitcoin Cash is a quicker and cheaper alternative to Bitcoin.

EOS was created by Dan Larimer and launched in June 2018. EOS was designed after Ethereum as an open-source platform for developers to build decentralized applications. EOS’ initial coin offering was one of the longest and most profitable in history, which attained a record $4 billion investor funds through crowdsourcing efforts over a year.

EOS was built to address the scalability issues of Ethereum and also to eliminate fees for users. It also provides more services to developers, including database and account management services, which do not require programming knowledge. EOS coins are not mined. Instead, the EOS community votes in the block producers. In conclusion, EOS is a faster and free-to-use version of Ethereum.

Cardano was launched in September 2017 by Charles Hoskinson, one of the co-founders of Ethereum. Cardano operates just like Ethereum – an open-source, decentralized blockchain platform that enables the creation of decentralized apps on its network. It was built to improve upon the first two generations of blockchain – Bitcoin and Ethereum.

Cardano has improved international payment processing times from days down to just seconds. What makes Cardano different is that it strikes a balance between the needs of users and the demands of regulators. Cardano aims to solve the issue of scalability, interoperability, and sustainability. A good sign that Cardano will be around for a while is that it has been added to Coinbase’s radar.

Dash (originally known as darkcoin) is a faster and more private version of Bitcoin that was launched in January 2014. In March 2015, darkcoin was changed to Dash – a short name for “digital cash”. Dash was created by Evan Duffield and it can be mined using a GPU or CPU.

Dash offers more anonymity as it runs on a decentralized master code network that makes transactions almost untraceable. Dash can also process up to 56 transactions in one second as compared to Bitcoin’s 3 transactions per second.

Dash also developed InstantX, a technology that carries out transactions within 4 seconds as compared to its average transaction time of 15 minutes.

Monero is a secure, private and untraceable currency mostly used in darknet markets. Monero was launched in 2014 and it quickly rose through the ranks of Altcoins.

Monero has been launched with a strong focus on decentralization and scalability, and it enables complete privacy by using a special technique called “ring signatures.” Monero has solid transaction schematics that use ring signatures and stealth addresses to keep transactions private thereby making it impossible to figure out a receiving address.

Due to the inability to trace the tokens and transactions, Monero has been used in many criminal operations and illicit activities around the world. Nonetheless, regardless of what it is used for, there’s no denying that Monero has introduced important technological advances to the cryptocurrency world.

NEO was originally known as AntShares which was created by Da Hongfei in 2014. Neo is also called “Chinese Ethereum” because of its use of smart contracts and it is the largest cryptocurrency to have emanated from China.

Zcash is a decentralized as well as open-source cryptocurrency that offers both privacy and selective transparency of transactions. Zcash, which was launched in late 2016 offers its users the choice of “shielded” transactions, which allows certain content to be encrypted using advanced cryptographic technology.

There is no definite way of knowing which coin will fail or stay in the future as there are many perks involved. The Altcoins discussed above have been carefully studied by crypto enthusiasts over the world and they have been largely accepted by the crypto community.

Over the years, Altcoins have provided us with different variations of improved upon cryptocurrencies. Although Bitcoin still tops the cryptocurrency chart in terms of the user base, popularity and market capitalization, some Altcoins such as Ethereum and Litecoin have been discovered to be more stable than Bitcoin. In as much as there are many scam Altcoins in the market, there are also many viable Altcoins which are here to stay.

Hi, I'm Patrick, the owner and main writer for Cryptowhat.com. I discovered Bitcoin in 2014 and felt so strong about the positive impacts the blockchain technology will have on our society that I launched Cryptowhat so I could share this info with the world. If you like this article, then please follow us on Facebook and Twitter for more information about making money with Bitcoin.