What Is a Masternode and Why Should You Care?

Masternodes are quite a new concept in the crypto world and not many people really understand what they do. They are often confused with staking, which is also another way to earn rewards on your coins.

People think that masternodes will make them rich overnight. Others believe that it’s too much of a hassle and not worth the time investment. Let’s take a look at both sides of this coin and see if we can figure out whether you should setup your own masternode!

If you have some coins lying around doing nothing, then setting up your own masternode might be for you! You could even turn it into an additional source of income by renting out space on your node to other users if running a node becomes unprofitable for you over time. But before we get ahead of ourselves let’s talk about why people want to run nodes in the first place…

What is a masternode? 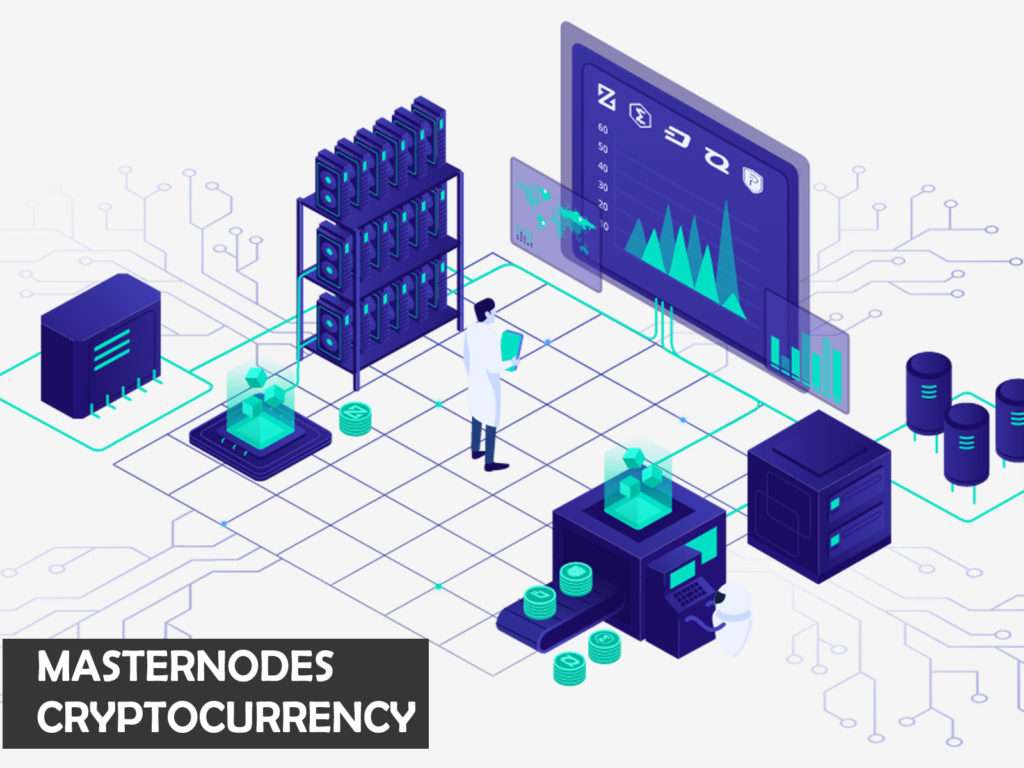 Masternodes are a type of cryptocurrency node that perform important tasks, such as facilitating private transactions. They also provide the backbone for mnemonic seed phrases and governance voting systems to support decentralized applications (DAPPS). Maintaining these nodes requires collateral in form or cryptocurrencies like Dash coins which is why they’re sometimes called “staking”

Unlike traditional servers, because it lives in an open-source environment with access to all of its code at any given time, you can be confident your information will remain safe from hackers who may want to steal or manipulate data for their own gain.

History of the masternode

The first masternode was introduced in 2016 by Dash, a cryptocurrency. These nodes are typically reserved for highly skilled individuals who volunteer to run them and have enough resources on their node that can be reached through other means as well.

The rewards from these volunteers include voting rights with the main blockchain network of Dash (the currency). This is advantageous because it provides more people an opportunity to vote instead of just those few able-bodied members at conferences or meetings which may not always happen frequently due to scheduling conflicts and so forth.

What are the benefits of running a masternode?

A masternode is a node on the blockchain that offers full-time services such as instant transactions, coin mixing with privacy and voting to help ensure decentralized governance.

The benefits of starting your own Masternode are vast: you get paid in coins for helping keep them going by providing an essential service; they can provide passive income without having to trade or work very hard at all (depending on how much time and effort you put into it).

But there’s also some downsides – although unlike traditional investments like stocks, bonds etc., cryptocurrency prices cannot go down below $0 because nobody will buy then so if something goes wrong bad enough where people stop buying cryptocurrencies altogether this could lead to major losses. This means investing should be done carefully otherwise.

Setup your own masternode

Many people think that masternodes require too much work and technical knowledge to setup, but this isn’t true at all! In fact, setting up a masternode only takes 20 minutes or less if you follow our guide step by step. You can even set it up without any coding skills using our service for free!

Keep in mind, masternodes are usually expensive to run because they require more storage space and bandwidth than other nodes in the network.

The rewards for running a masternode come from collecting transaction fees, which can be substantial if you’re hosting many transactions at once

You don’t need to have your own computer or server to host a node; there are companies that offer shared hosting services where you can pay them for their hardware resources.

Creating a passive income with a masternode

It’s possible to make money passively if you invest in a masternode?

Masternodes require less work than Bitcoin mining and they pay more often too! But before we move forward, here is the definition of what exactly it entails: A masternode is an incentivized full-node on our network that offers services such as instant transactions, privacy via dual key stealth addresses or coin mixing for various cryptocurrencies like DASH/XMR and many others.

One would need 1000 Dash coins (around $134k) to launch their own node which will provide them with around 4% ROI per annum from fees earned by other users who utilize said service provided by this specific Node operator used at all times maintaining 24 hours worth.

In theory, if you have the initial investment then running a masternode can become extremely lucrative but finding that startup money is challenging for most people thus creating an income from a masternode is out of reach for a lot of people.

Final thoughts on What is a masternode

I recommend you use a masternode, but before deciding I want to make sure that your situation is appropriate for running one.

Masternodes are a great investment for people looking to make an extra buck in the crypto space. They usually have lower minimums and higher ROI than traditional bitcoin mining, but it is still important that you do your research before jumping into any investments!

People typically start with smaller coins and work their way up in size as they go along. Larger ones like Bitcoin or Ethereum are more expensive because the required collateral of 1 million dollars can be hard to come by when starting out.

If you do choose this route, then it’s important not only set aside enough funds (remembering inflation) so that there will always be plenty available if needed; also have an emergency plan ready should something happen such as malware attacks on your computer which could result in theft from all nodes at once!